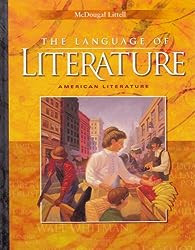 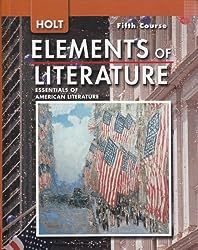 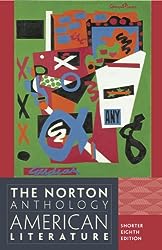 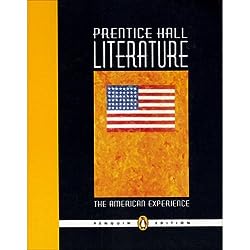 At one time or another, I think I’ve used all of these books in one of their incarnations. The latest editions I used had lots of nice glossy pictures and references to standards, reading questions, and lots of introductory reading material. I think they are all pretty much arranged chronologically, and therein lies the problem. It’s tempting to rely on the way the textbook is laid out when teaching. Grant Wiggins says in his blog post “How do you plan? redux” (emphasis mine):

For myself, I haven’t ever been a slave to a textbook, and go through the process you describe every time I get a new course, constantly revisiting as I move through the year. I always find that I still go too fast the first year, then slow it way back the second, and then pull in subjects slowly as I get better at designing the course. I encourage all other teachers to do the same. My coworkers are always taken aback when they ask me what chapter I’m on and I say, I don’t do chapters.

The easy thing to do is to use the textbook as the plan, but this year, I ditched the textbook, and it was liberating. Instead of marching chronologically through American literature, starting with the Puritans and perhaps a few token Native American pieces and trying to get through as much as possible before stalling out around the 1940’s or so at the end of the school year, I spent a lot of time last summer designing the American literature course I’m teaching from the bottom. I discovered some really interesting things, too, and it entirely changed the way I approached teaching the subject.

Instead of thinking about the texts, I thought about the themes. The themes that immediately came to mind are the American Dream, the American Identity, and Civil Disobedience. I gave it some thought and wound up with the following themes in the end:

For the unit I called This Land is Your Land: The American Identity, I wrote the following essential questions:

Then I decided the works of literature we would study would need to respond in some way to these questions, so the final unit included works such as The Adventures of Huckleberry Finn but also a short piece from Amy Tan’s novel The Joy Luck Club usually titled “The Rules of the Game.” We read the rough draft of the Declaration of Independence. We read poetry like Whitman’s “I Hear America Singing,” Hughes’s “I, Too,” and McKay’s “America.”

The unit took quite a long time, so the first thing I plan to do this summer is examine the whole year and see what reorganizing I can do.

The second unit, “Song of Myself: Identity, Conformity, and Society” included essential questions:

The unit includes readings such as Thoreau’s “Civil Disobedience,” King’s “Letter from a Birmingham Jail,” and works by Dickinson, Whitman, Hughes, and Emerson.

We will read The Great Gatsby as a centerpiece and will explore a wide variety of poets from Eliot to Simon and Garfunkel and from Frost to Baraka.

The final short unit will explore the lure of the American highway:

One thing I discovered as I planned the year is that without the constraints of a chronology, I felt free to explore works I might never otherwise have chosen, but which define or illustrate the themes quite well and perhaps say more about who we are as a people than works I might have taught in a chronology.

I strongly believe that literature is a mirror. We see ourselves reflected in what we read, and we either connect or don’t connect based on what we see. Using this process, it was my hope that I would choose works that my students could find themselves in but would also still help them understand who and what America is. I felt Barack Obama articulated well what I was trying to create in his speech at Selma.

We are a great country, and we can be greater still if we are willing to take a hard look at ourselves in that mirror.

I discovered that the thematic thinking showed more of an arc—it told the story of America and allowed for more diversity in the literature. I ran across this 100-year-old article in English Journal today when I was poking around online: “Required American Literature” by Nellie A. Stephenson. The first sentence killed me (in the sense that Holden Caulfield means).

For the last ten years I have been slowly gathering the impression that graduates of American colleges and American public high schools are appallingly ignorant of American literature.

Admit it. This person is in your department. She goes on to argue that she thinks too much emphasis is placed on English literature to the detriment of studying American literature (with little data aside from anecdotal impressions) to support her assertion. But rather than “exploding the canon,” she really only argues for establishing a new American canon. Among her essentials are Sidney Lanier, Walt Whitman, Samuel Sewell, and John Woolman. Are they on your list? By the way, no references in the article to women writers or, for that matter, any writers besides white men. And therein lies the problem with the textbooks. If we rely on them, we let them tell us who is important. To be sure, many of the texts I chose for my course are also canonical, but I also made an attempt to bring in non-canonical works and writers with a large diversity of backgrounds and time periods (more modern literature always seemed to get the short shrift from me in the past).

What I need to work on now is paring the list down and offering more choices to students. I was struck the other day in speaking with a young teacher who explained that he didn’t much like to read when he was our students’ age because he wasn’t offered a lot of choice, so he didn’t know what he liked to read. Instead, he either read (or pretended to read) the required texts in school. My own high school experience was strange because I went to three different high schools, and as a result, my background in literature was patchy. I hadn’t read all the literature you were supposed to have read. And I still went on to read it later and become an English teacher. I just don’t buy the argument that we have to read certain texts in high school. I think if we really want to read them, we will come to them when we are ready. Or maybe we don’t read them, and the world doesn’t end.

Update: Comments are closed on this post, but it continues to generate traffic and the occasional question. I have a new post with an FAQ that answers many of the questions I’ve received and offers an invitation to ask your own.

15 thoughts on “American Literature: How I Threw Out the Chronology and Embraced the Themes”

Bad Behavior has blocked 1101 access attempts in the last 7 days.